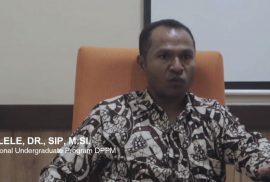 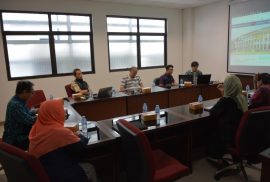 This activity aims to:

This activity was attended by two auditors who were part of the UGM Quality Assurance Office, DMKP lecturers, and several lecturers from other departments incorporated in FISIPOL. 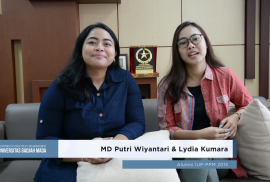 About IUP in PPM with Putri and Lydia 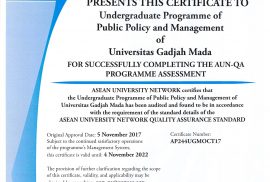 Based on the audit and assessment of the ASEAN University Network (AUN), the Undergraduate Study Program of the Department of Public Policy and Management (DPPM) UGM Faculty of Social Sciences and Politics is considered capable of meeting international education quality standards.
Thus the international accreditation of ASEAN University Network is able to be achieved again by DPPM FISIPOL UGM.

This accreditation is a form of recognition and certification for the high quality of education that is realized by the entire academic community who are part of the DPPM FISIPOL UGM Undergraduate Program. 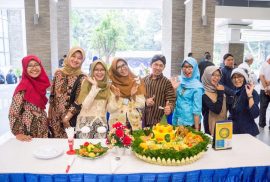 Participation of the Department of Management and Policy, in the Opening of the 63rd FISIPOL UGM Anniversary, today, Wednesday 19 September 2018.
Besides participating in the Tumpeng decorating competition, DMKP also participated in the Gaspol Band, which presented various songs for the participants of this event. Mr. Bando in the position of drummer, Mr. Kumorotomo in the position of guitarist, and Mr. Yeremias as keyboardist. 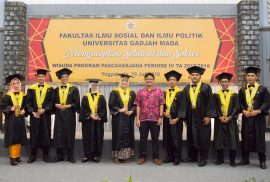 Congratulations and success to the nine graduates of the Graduate Program of the Department of Management and Public Policy, who have passed the graduation process on Thursday, July 19 yesterday.

Hopefully with the knowledge gained the alumni are able to advance the nation and state of Indonesia! 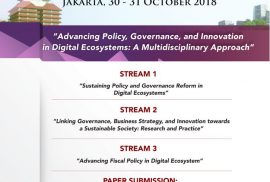 Call for Papers for The Annual International Conference on Administrative Science, Policy, and Governance Studies 2018 on “Advancing Policy, Governance and Innovation In Digital Ecosystems: A Multidiciplinary Approach” 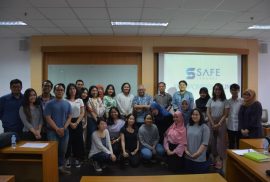 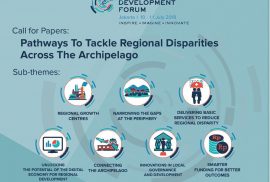 CALL FOR PAPERS – INDONESIA DEVELOPMENT FORUM 2018   The Indonesia Development Forum (IDF) is a platform for national dialogue on development. Hosted by the Indonesian Ministry of National Development Planning (Bappenas), IDF brings together leaders in government, civil society, academia, and the private sector to discuss solutions to Indonesia’s key development challenges. In alignment with President Joko Widodo’s Nawa Cita agenda to ‘develop Indonesia from the margins’, IDF 2018 will explore issues on regional disparity in depth within its overarching theme of ‘Pathways to Tackle Regional Disparities Across The Archipelago’. 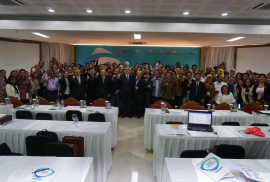 The 2018 Asian Association for Public Administration (AAPA) Annual Conference was officially held for 2 days, 22-23 March 2018 at the Convention Hall Faculty of Social and Political Sciences, Yogyakarta, Indonesia. The conference was supported by sponsors and contributors from all over background. There was considerable support from Bank National Indonesia (BNI) as the main sponsor that also following by other sponsors such as Semen Indonesia, Learning Center, Badan Penerbit dan Publikasi Universitas Gadjah Mada, Morowali Regency, Palangkaraya Regency, and Bank Mandiri. Over more than 255 people registered ( 153 from Indonesia) and over 200 delegates attended the meeting.